In my last post I talked about the three most important things my Japanese wife and I learned about the US green card application process. It was grueling at times, and I was totally sick and tired of filling paperwork by the time it was finished. Of course it was totally worth it though, as it allowed my wife to live with me legally here in the US.

It was such a great feeling for us both to get that green card in the mail, and it immediately erased our concerns about being able to live together here in the US. We assumed that once we had the card, there was nothing else to worry about and we could live happily ever after – but there are some things that we’ve encountered over the years that we weren’t expecting. For the record, my wife has had her green card for 6 years now.

Here’s what my Japanese wife and I learned about being a US green card holder:

1). You have to keep records of everything.

And by everything, I literally mean everything. When you are first issued a green card, you are basically being put on probation for two years. This means that once two years have passed, you will be required to submit proof to the US government that you are not a criminal and you are still married (and therefore legally able to be a green card holder). Since my wife’s green card is dependent on her marriage to me, a US citizen, we must remain married and living together for her to keep that card.

The government wants proof of that. Pictures, documents, letters from friends and family – they want as much info as you can provide to show proof. We didn’t submit enough proof the first time, and our renewal application was rejected (which I’ll admit was a bit scary to get that letter). Once we submitted more pics and letters from friends and neighbors, our application was accepted and the probation period of my wife’s green card was lifted.

We will be required to provide the same proof at the 10 year mark, so you can bet that we are documenting as much as we can to make that next review period to go that much smoother.

2). Green card holders must carry it with them at all times.

We learned this one the hard way, while coming back from a vacation from Paris in 2011. My wife realized that she forgot to bring her green card while we were at the airport in Paris ready to hop a flight back to the US, and it took a lot of begging from the US consulate there at the airport to let her on that airplane. Once we arrived in the US, the immigration officials weren’t so nice with her. She was detained for about an hour, given a stern talking to, and was fined nearly $500. Ouch. Lesson learned.

3). The name on the green card does not need to match what is on the passport.

My wife decided to use her married name on the green card, while leaving her passport in her maiden name. This has caused zero problems for her traveling abroad and then re-entering the US. At first she always brought the marriage certificate with her just in case as proof of the name change, but US immigration officials have never once asked to see it. They already have the information in their database obviously.

Marriage and green card difficulties is one of the biggest hurdles western men face when dating in Asia. Yes, it can be a bit complicated at times, and you have to be organized, but the benefits far outweigh the negatives IMHO. Don’t worry so much – pursue that Asian woman who likes you so much and make her your wife. I’m living proof that it’s one of the best decisions you’ll ever make! 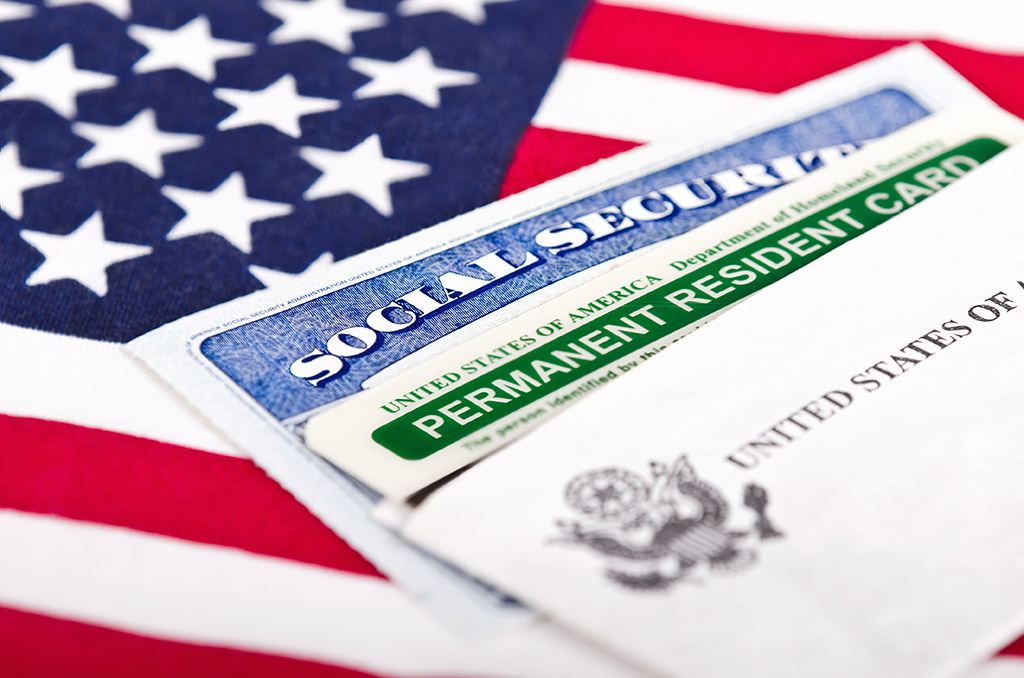 Ok. So you’ve been successful with the online dating thing and you met the woman (or man) of your dreams.…