How to attract Asian women in 7 simple steps

Learning how to attract Asian women isn’t all that difficult, but there are definitely some things you need to know in order to prevent yourself from feeling frustrated and confused.

Personally, trying too hard was the biggest mistake I made when I started dating Asian women back in my single days. Not only that, I assumed that all the things that worked on American women here in the US would work on women from Asia as well.

Suffice to say, it was an awkward and uncomfortable time in my life. However, with a little trial and error (and plenty of crashing and burning), I figured out what makes a guy attractive to an Asian girl.

How to attract Asian women: 7 easy things you can start doing TODAY

Women from Asia are a little different. Of course I mean that in the most complimentary and respectful way possible, as that “difference” was why I started looking to Asia in the first place. Most East Asian cultures place high importance on honor and respect for others, which was a refreshing change of pace from what I was familiar with here in the US.

Of course, this also meant that I needed to change in order to be attractive to the women I was was attracted to.

The following tips and tricks are not about changing her mind. They are more geared toward changing your own personality and mannerisms to to be more attractive to Asian women. Ready to begin? Let’s go!

As I mentioned in the top of this post, trying too hard to get Asian women to like me is what did me in. I didn’t realize it at the time, but the things I was doing was only making me unattractive (more than I already was).

More specifically, I tried to act tough and strong (because I thought all women liked strong men). I also started lifting weights so that I would look bigger and stronger than the typical Asian guys they were used too.

Guess what? It turns out that Asian women aren’t attracted to physical strength as much as western women are. It was actually the “natural” version of me which was more attractive.

Here are some other stupid things I did (which didn’t work):

The bottom line is that being yourself and not trying to be someone you’re not will get you a lot further in Asia than it will in many other parts of the world.

2. Stop talking about yourself

I never really knew how selfish I really was until I started dating Asian women. As an American who grew up watching TV shows and movies glorifying excessive lifestyles (fancy cars, big houses, etc), it skewed my perspective on what was really important in life.

Not only that, I was obsessed with being an interesting person who had really good stories to tell. I thought that if I had an answer (and an anecdote) for everything, women would flock to me. Ahh, to be young and stupid again… 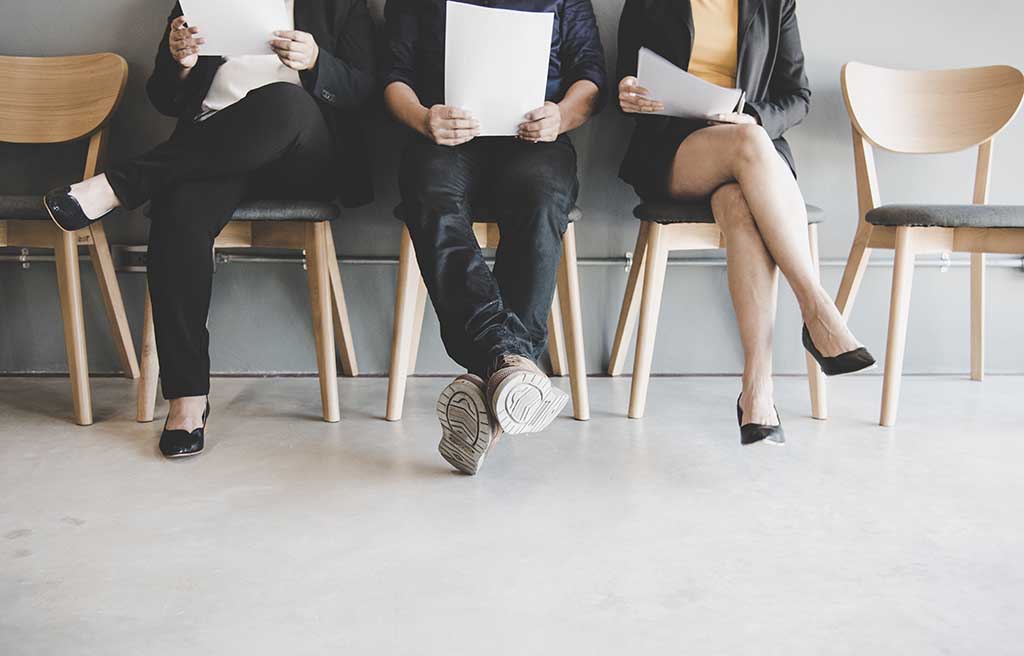 I’d like to think that he was smart enough to ask them what they are reading (instead of telling them what he is reading). Don’t be selfish!

Anyway – the point is that being attractive to an Asian woman means being humble. You also need to listen more than you speak.

I remember very clearly the moment that one of the first Japanese women that I met online called me “selfish and greedy” before ghosting me for eternity. At first I thought that she was stuck up,  but…it eventually became clear to me that I was the problem when it happened again with a Korean woman just two months later.

Sometimes, it’s the most frustrating and awkward moments in our lives that teach us the biggest lessons.

3. Stop being so loud and aggressive

Asian culture is modest and pure. Unfortunately, is a hard thing for us Western men to grasp sometimes. As much as I hate to admit it, our natural instinct of being bold and assertive sometimes shines through it the most inappropriate of moments.

Be humble. Discreet. Don’t do anything that will draw attention to yourself. In other words, don’t high-five her mother the first time you meet her. Being calm, cool, and quiet is the fastest way to get the attention of an Asian woman.

4. You need to have a legitimate interest in Asian culture

Nothing will identify you as a guy with an Asian fetish faster than dating several Asian women in a row, so you need to be prepared to defend yourself against this. The easiest way to not come off as a creepy guy with yellow fever is to have a genuine interest in Asian culture. More specifically:

Note that all of the things listed above are really hard to do if you’re faking it. Knowing how to attract an Asian woman requires giving off the vibe of being truly interested in her culture (and not just her looks).

This might seem like a somewhat odd way of being attractive to women from Asia, but it’s important. Family relationships are extremely important in Asian culture.

If you hate your family with passion and can’t take the time to visit and do things for them (even though you only live 10 miles away), it’s going to be quite detrimental to your chances of winning the heart of your Asian crush.

6. Dress better than all the other guys

If you want to learn how to attract an Asian woman, I’ve got bad news for all you guys out there with a “comfortable and practical” wardrobe: you’re going to have to ditch your favorite t-shirt (the one with sweat stains and holes in the armpits). I’m sorry.

One of the very first things I learned about Asian women (back in my dating years) was that they like a well-dressed guy. And because of the fact that I am now married to a Japanese woman, it’s something that I’m reminded of nearly every day.

If my wife could have her way, I’d never leave the house without wearing a nice pair of leather shoes, freshly-pressed slacks, and a button up shirt. Even if I was just headed out to the local grocery store for a carton of milk. It’s maddening.

Of all the women that I’ve dated in my life, it has been the ones from Asia who have tried to revamp my wardrobe the most.

This makes perfectly good sense walking down the street of any major street in any city in nearly any part of Asia. Asian guys dress so much better than American guys do. Women from that part of the world expect nice clothes as a bare-minimum requirement in a guy.

Clothes that you would wear to the office is what needs to be hanging in your closet (and on your body, of course). Note that “business casual” also means carrying man bags. 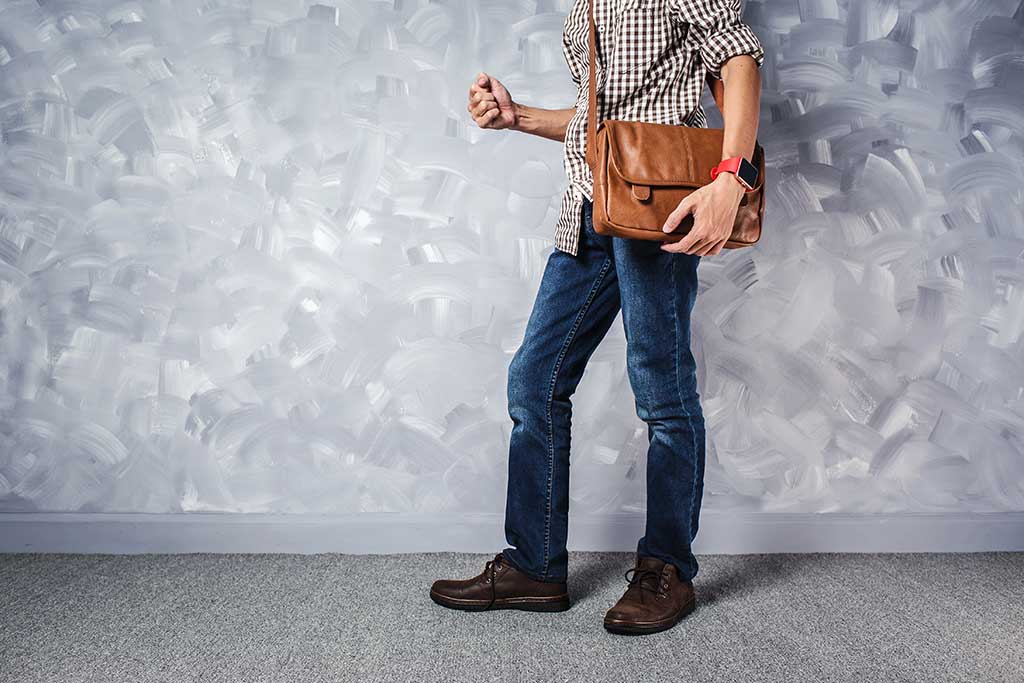 Man bag. Murse. Call it what you want, but there is a very high probability of your Asian girlfriend giving you one of these at some point in the relationship.

Nearly every Asian woman that I dated in the past gave me a gift of a man bag at one point or another. All I could do was smile and thank them for their generosity when all I wanted to do was throw it in the nearest dumpster.

I grew up in the heartland of America for crying out lout, so going out in public with a man bag over my shoulder definitely took some time to get used to.

7. If all else fails, try pheromones

If the suggestions that I’ve made so far scare you, don’t worry. I know how difficult it is to change things like attitudes and physical appearances. The good news is that there’s something very simple you can do which requires very little effort on your part: Experiment with pheromones.

For those that don’t know, pheromones are natural chemicals released by animals (including humans) that attract other animals and humans.

We release these chemicals naturally every day out of our lives. Even more so when we are with members of the opposite sex. They have been been proven to increase sexual desire between two living beings, and it’s something I highly recommend experimenting with to increase your chances of being attractive to an Asian woman.

For the record, pheromones work to attract all women – not just Asian women. It’s important to clarify that before putting any silly ideas into your head. Women from Asia aren’t any different chemically than women from any other part of the world!

Pheromones can be purchased in many forms. They are completely legal, and there’s nothing harmful about them. Again, these are natural chemicals released by the human body. They aren’t drugs, and they aren’t strong enough to impair the judgment of anyone. But they will make you more attractive to members of the opposite sex.

Use Pheromones to attract the opposite sex

True Pheromones is one of the most established and highly-respected online distributors of pheromones. They offer a wide variety of all-natural products that will:

Shop Now
Note: I earn a commission if you make a purchase, at no additional cost to you.

The most important takeaway from all this is that you are never going to be able to make someone really like you when they really don’t. Think about it: if by chance you get lucky enough to get her to go out of date with you (after years of begging and pleading), you have to ask yourself if it’s a relationship you really want to be in anyway.

Why chase after somebody who doesn’t want you? Trust me – I dated women from Asia for many years before I got married, and every time I had to chase, it ended up being a complete waste of time for both of us.

Thankfully, I eventually learned how to change my own mindset to be more attractive (physically and mentally) to Asian women. I had much better luck once I started applying some of the principles I talked about above.

Take your time with this. Change doesn’t happen overnight, and it takes time to find the perfect balance of changing your mindset without changing who you are.

Finally: you might also consider reading what I told the girls about learning how to attract a white guy. Knowing what they are struggling with might make things easier for you. Just an idea.