How to tell if a Thai woman likes you (it’s easier than you think!)

Dating in Thailand is about as easy as it gets. No, I’m not saying that Thai women are easy or anything. It’s just that compared to women from other parts of the world, they are extremely easy to read. Here’s how to tell if a Thai women likes you:

I’ve been all over the world, and Thailand is easily one of the top 5 places that I would consider living in. The people from Thailand are extremely warm and friendly, the food is incredible, the weather is pretty good, and the cost of living is low. Oh, and yeah – for single guys, the dating scene is pretty good too.

There’s a reason why there are so many ex-pats from other part of the world living in Thailand. And if you’re a single guy looking for companionship, it’s not hard to beat the warm and friendly companionship of a Thai woman.

How to tell if a Thai woman likes you (six easy ways):

Of all the articles that I’ve ever written here on asiagraphix.com, this just may end up being one the easiest one that I’ve put together. Trying to figure out if a Chinese woman likes you or not is hard. Knowing if a Vietnamese woman likes you is even harder. But Thai women give out very clear signals – and it’s not all that difficult to figure out if a woman from Thailand really likes you (or is just playing games). Here are the 6 most common ways:

1. She will show sarcastic humor towards you

Not only are Thai people warm and friendly, they also have a really great sense of humor. All of the Thai women that I’ve ever known have been some of the funniest people I have ever encountered. Humor plays a very big part of Thai culture, and if a Thai woman is using humor with you, it means she’s comfortable and having fun.

As a matter of fact, this is one of the first things I mention whenever someone asks me what Thai girls are like. Most are surprised to hear that they are goofballs who enjoy having fun. I mean that in the most respectful way possible, of course.

A word of warning though: it’s usually very dry and dark humor. For example, you might think that she’s teasing you for being fat. And that she complains about the way you make the bed. In reality, it’s likely that she’s just having fun and playful – and NOT being serious about what she is saying.

This kind of humor can can be quite jarring to guys who aren’t used to be on the receiving end of it. But if you’re getting it from a Thai woman, it’s a good thing. 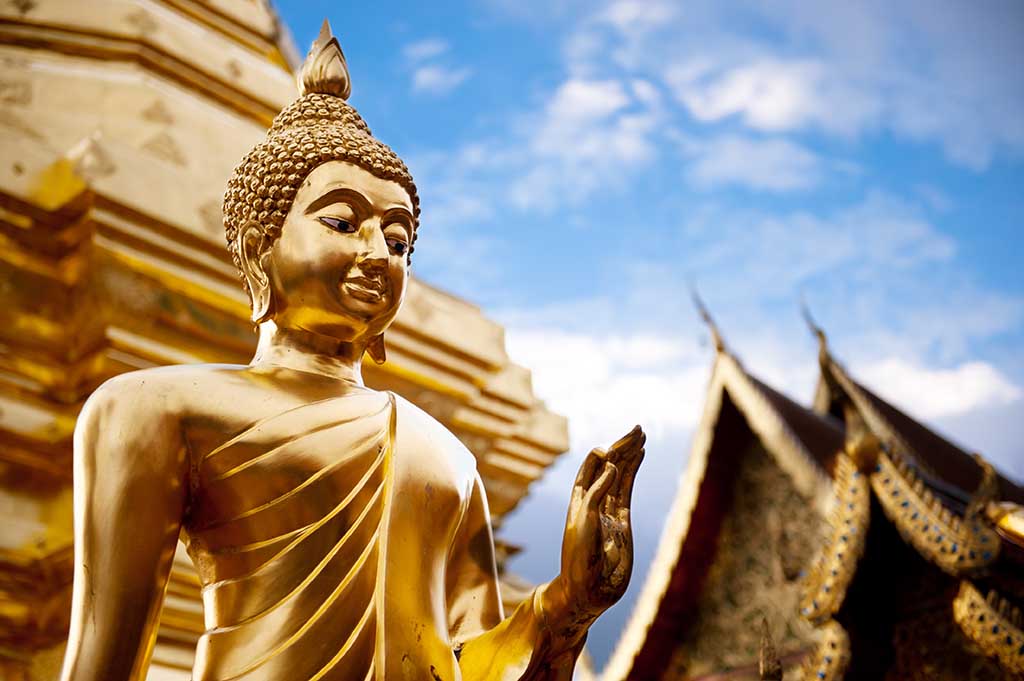 See? Even the Buddha’s are smiling!

It’s also very important that you reciprocate this humor. Thai women are typically very fun loving individuals, and they love good back-and-forth banter with the people who are closest to them. If you can give as good as you can receive, the chances of her liking you will be much higher.

2. She’ll ask you to buy things for her

Going along with the sarcastic humor trait, it may not be all that uncommon for a Thai woman to sarcastically ask you to buy her expensive things as you’re walking through a shopping mall together (in a joking way of course). It sounds horrible as I’m writing this, but it’s a cute and fun interaction that will bring the two of you closer together.

If a Thai woman likes you, she will start thinking of you as her provider. A provider of companionship, love, and protection. And because it’s very likely that she’ll have a sarcastic sense of humor, she might also say that she wants you to provide her with some expensive clothes or jewelry as well.

Don’t worry. Thai girls are some of the least materialistic in the world, and they aren’t typically serious about what they are asking. They are simply being playful, and it behooves to play along and pretend like you are going to give her the world.

She will think very highly of you if you give her the thought that you would do anything for her (including buying expensive things).

Find your Thai soulmate on eHarmony!

eHarmony is one of the best places online to meet single Thai women who are looking for meaningful relationships.

3. She will HATE it when you talk about other girls

Probably the easiest way to tell if a Thai woman likes you or not is to see how jealous she gets when you’re around other women. You shouldn’t be doing this on purpose of course, but it’s a really good test to see exactly how she thinks of you.

Thai women are especially hard to read when it comes to taking a relationship to that next level. Yes, they are very easy to read in the beginning stages of the relationship, but the dry humor often mixes up the signals.

If you’re not totally sure if a Thai woman likes you or not, start by casually talking about other women. Mention things about how pretty they are, or how big of a crush you have on them. If she immediately turns defensive (or sad), you will know that she really likes you. Even if she hasn’t said anything about it before. 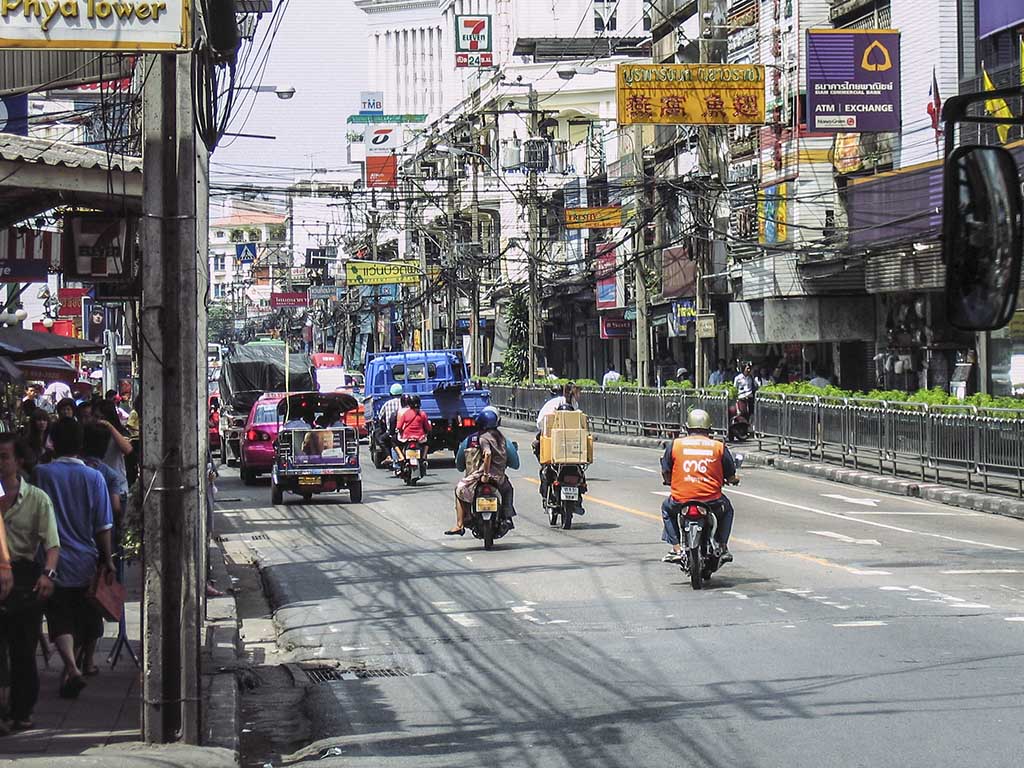 Be careful not to talk about other women too much though – because there’s a pretty good chance she’ll run off with one of those motorbike guys instead.

Thai women use their humor as a defense mechanism. Especially in the early stages of a relationship. Unfortunately, that humor might prevent or delay the relationship going to the next level, and the only way to test her true feelings toward you are too bring up other women. That’s when the conversation starts getting real, and her true feelings will come pouring through.

4. She’ll put up with all the annoying things you do

Thai women are some of the most patient people I’ve ever met. They are also extremely forgiving – almost to a fault. I’ve seen so many amazingly kind and sweet Thai woman treated like trash from men who don’t want anything from them except sex. It’s sad actually, and it irritates me to see it happening so often.

Thai women are extremely optimistic, and willing to put up with a lot in order to make a relationship work. This is good news for all of you guys out there who have very annoying traits and mannerisms. The kind that are usually annoying to women.

For what it’s worth, I actually wish that this wasn’t a good way to tell if a Thai woman likes you or not. If I had the power to change things, I would give them more courage and confidence to stand up for themselves into not be so forgiving towards men who treat them badly.

5. She won’t talk to other guys

Not only are Thai women extremely forgiving, they are also extremely loyal. As a matter fact, if the Thai woman you’re interested in hangs out with a lot of guy friends, there’s a pretty good chance that she doesn’t like you as much as you think she does.

If you’re the only guy friend she has, that’s a pretty good sign that the relationship will move to the next level relatively easily. I have a lot of friends from the United States and Europe who live in Thailand, and they all say the same thing: once a Thai woman finds a man she is attracted to, she focuses only on him and ignores every other guy in her life.

Again, this is one of the reasons why it makes me angry that they are so forgiving and willing to put up with men who are mean to them.

Not only will a Thai Woman be extremely loyal to a man that she’s interested in, she will also dress very nicely whenever he’s around. In my opinion, this just may be the most interesting sign of them all.

Thai culture is extremely casual and relaxed. People don’t dress up in their day-to-day lives, and they only save it for special occasions. If the woman you’re interested in has a typically casual wardrobe most of the time, but dresses up around you, she likes you.

Yes, this one may seem overly simplistic, but I’ve seen this happen over and over again to not believe that it’s true.

If you’re interested in meeting Thai women, being in a relationship with one is going to be something special. She’ll treat you like a king, and there’s a pretty good chance that you’ll be laughing a lot as well. Just as long as you can tolerate a dry sense of humor of course…

If you’re going to start dating in Thailand, all I ask is this: please treat the women you meet with the kindness and respect that they give to you. They totally deserve it, and you’ll totally understand why as soon as you meet one of them. Women from Thailand are something special indeed. 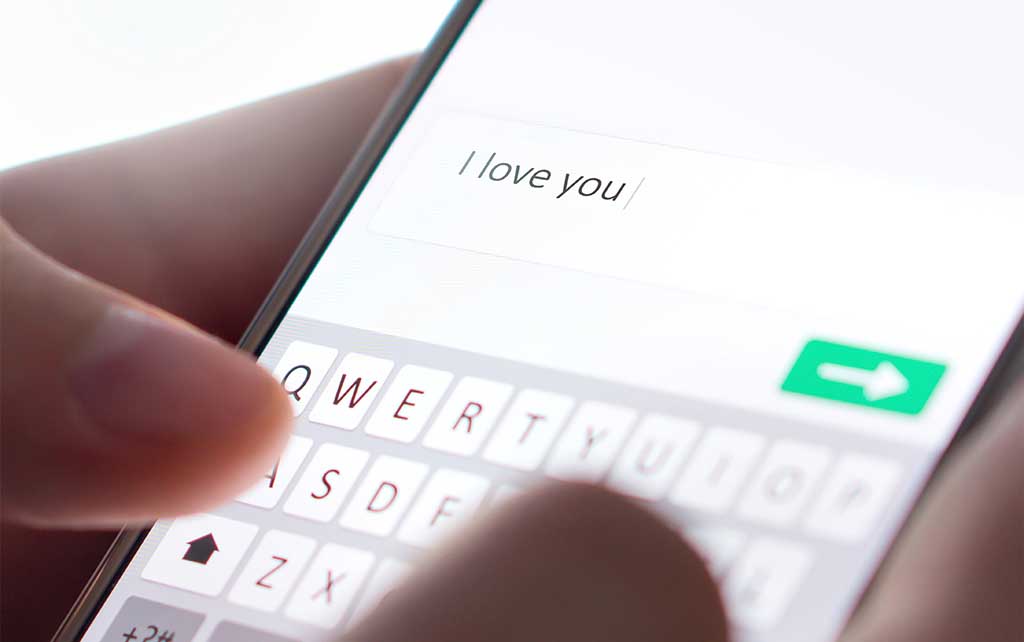 The best website for meeting older Thai women may surprise you

Dating is hard. It’s especially hard if you’re somewhat older and looking for a very specific type of person in… 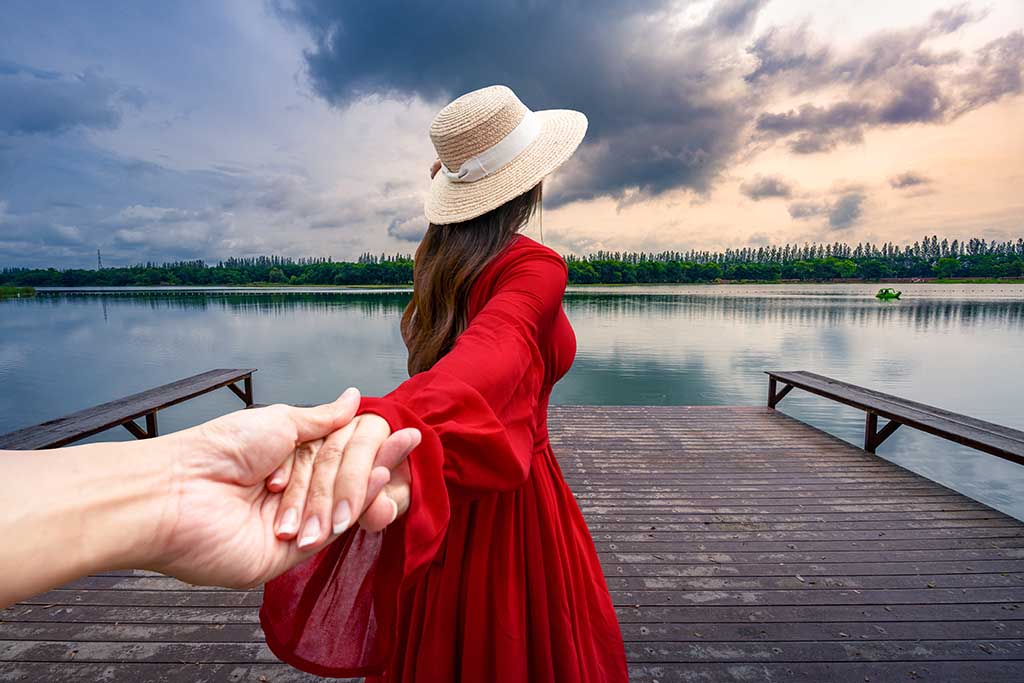 What are Thai girls like? All the important stuff guys need to know!

There will come a day in every man’s life when he will turn to another man and ask: what are… 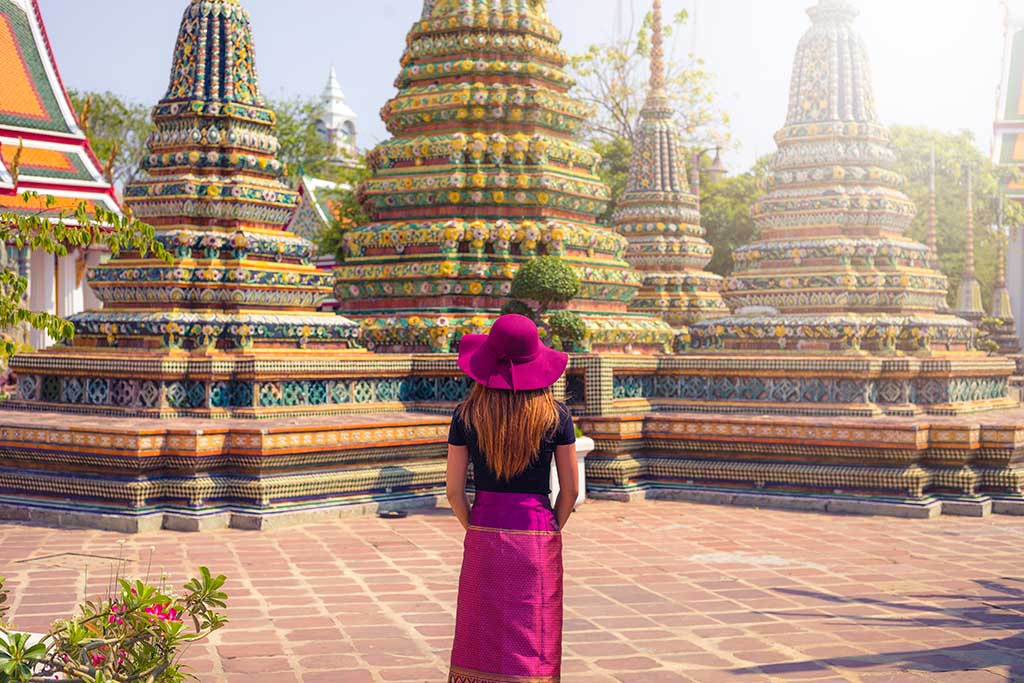 Knowing how to meet Thai women (the good kind) is a skill that many single guys don’t have. Women from…