How (and where) to meet Local Hawaiian girls

For single guys with a bit of free time (and cash), Hawaii is a destination that can’t be beat. Not only are local Hawaiian girls some of the most beautiful (and kind) anywhere on earth, being in Hawaii is a great way to unwind from the pressures and stress of daily life at home.

I was a frequent visitor of Hawaii in my single days. I still am, of course, but being married means that my trips to Hawaii nowadays are full-on family vacations. My days of trying to meet Hawaiian girls are over, but I did learn a lot of valuable information back then which still very much applies today for guys trying to meet native Hawaiian girls.

I’ll be completely honest though: For pasty white “mainland” guys like me, it’s hard. I never had luck getting the attention of local girls in Hawaii, but I can assure you that I learned a lot from my failures. And now, I will pass that information off to you:

First of all, it’s important to know that the girls in Hawaii are not like the girls you’ll find anywhere else. Maybe it’s just me, but I find them to be more relaxed and easy going compared to girls from other parts of the world. More specifically:

Living on a tropical island has a way of chilling people out.  There are no big city problems to worry about – Hawaiian culture is based around a feeling of deep spirituality and appreciation of the islands. Being at peace with themselves (and those they surround themselves with) is important.

When’s the last time you saw a girl from China or the US this calm and relaxed? Hawaiian girls are chill to the max.

Hawaiian’s respect relationships. They give more than they receive. It’s a core part of their culture. Being with a girl from Hawaii can teach you a lot about your own inner spirituality, even if you think you have none.

I can attest to this firsthand. As stupid as it sounds, I remember the feeling of trying to get in touch with my inner spirits whenever I met a Hawaiian girl that I wanted to get to know better.

They just brought it out in me naturally for some reason.  And if you’re curious, I never had much luck communicating with my inner spirits. That’s probably why I was never a good fit for a proper Hawaiian girl.

How to meet Hawaiian girls (the 2 best ways)

Oddly enough, one of the best ways to meet a girl in Hawaii is to act like a tourist. Many local (native) Hawaiian girls work in the tourism and service industry. Tourism is Hawaii’s largest source of revenue, and it’s not going to be difficult to meet local girls by doing some touristy things:

Where are the best places to meet native Hawaiian girls?

More than anything else, you absolutely need to stay away from Waikiki. Hawaiian locals don’t spend very much time in the touristy areas of Hawaii – unless they are working in the service industry. 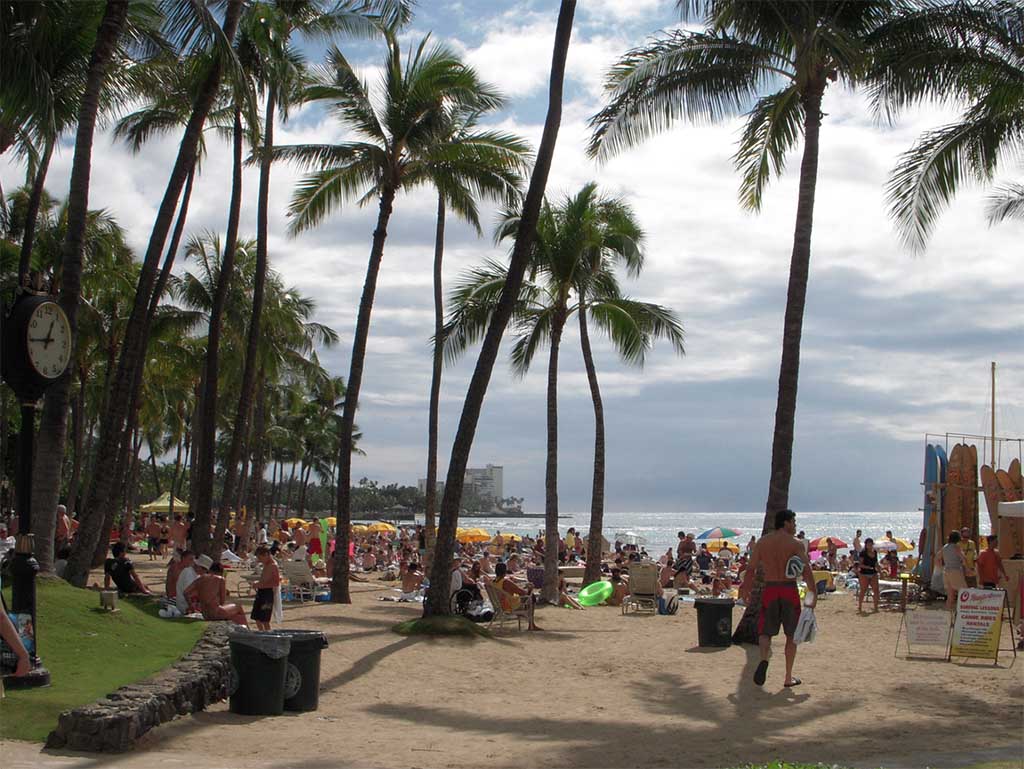 Yes, you can meet local Hawaiian girls who work in hotels and restaurants, but let’s be real here. I don’t care how suave and sophisticated (and good-looking you are) – the chances of the cute girl at the local coffee shop or cafe going out with you are slim to none. Many employers prohibit their employees from dating customers. Yes, it happens from time to time, but you’ll have much better luck elsewhere.

Pro tip: there are far fewer native Hawaiian people on Oahu and there are on the other Hawaiian islands. If your goal is to meet a truly local Hawaiian girl, stay away from Oahu. You’ll encounter more expats from the mainland than you will anyone else, and it’ll be frustrating having to filter out the tourists, for sure.

On the other hand, there are a lot of Japanese tourists on Oahu at any given time. Make sure that you read my guide for understanding what to expect when dating a Japanese girl before proceeding. They are nothing like Hawaiian girls.

FAQs about meeting girls in Hawaii

Hawaii is a very small place with a comparatively small population. In the grand scheme of things, there simply aren’t a lot of native Hawaiian girls in this world.

Information (real honest-to-God practical information) about them is scarce. Since I live to serve, I’m going to attempt to answer some of the most common questions about them now:

What’s so special about girls from Hawaii?

Having been around the world many times over, I can tell you from experience that Hawaiian girls are the calmest and most cool-headed girls on the planet.

As a mainlander, this makes total sense to me. I know for a fact that I’d be more at peace with myself (and the world in general) if I grew up on a tropical island. It’s not the perfect place to live, but it is very calm and relaxing.

Girls from Hawaii have an aura about them that is hard to resist. They always seem happy. They are easy to approach. Because of this, getting rejected by a local girl from Hawaii is an oddly satisfying experience. Don’t ask me how I know this…

Are Hawaiian girls considered to be Asian girls?

Hawaiian girls are warm and sweet just like Filipinas, but they aren’t as crude and cold as Chinese girls. They’re also not as polite and as giving as Japanese girls are.

Based on how many times that I’ve struck out with Hawaiian girls in my single days, I have reason to believe that they aren’t particularly fond of white guys.

Even to this day, it’s very rare for me to see local local Hawaiian girl with a white guy from the mainland. But it does happen. Here in Southern California, I see more Chinese, Korean, and Japanese women with white men can I do Hawaiian girls with white men.

If anything, that just reassures me that it wasn’t just me that they weren’t interested in (lol).